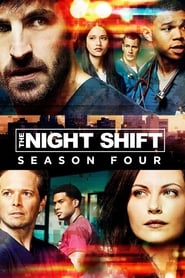 Season 4 picks up just 48 hours after the conclusion of Season 3, with the crew navigating the consequences of their decisions. In Syria, TC finds that suffering has no borders and channels his penchant for chaos into saving lives. Back in Texas, Dr. Jordan Alexander takes charge to keep the ER running. Parenthood forces Drew Alister to reevaluate his risk-taking behavior. Surgeon Scott Clemmens’ personal life remains anything but easy, but that won’t stop him from diving headlong into his professional one. Paul must deal with the repercussions of standing up to his father and pave his own way. His rival-turned-girlfriend Shannon Rivera and charge nurse Kenny Fournette will soon learn three’s a crowd in a one-bedroom apartment.