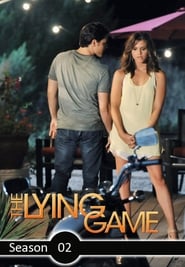 The second and final season of The Lying Game, based on the books of the same name by Sara Shepard, is slated to premiere on January 8, 2013. As the twins’ saga continues in season two, there are more surprises, secrets and lies. The girls’ recently revealed birth mother Rebecca lures Sutton into her plans for the Mercer family. Emma grows closer to Thayer, while still being drawn to Ethan, who has started to reconnect with Sutton. Kristin feels betrayed after Ted came clean about his long ago affair with Rebecca, but Ted might be hiding even more shocking revelations. And Mads connects with a mysterious new guy in town who brings a whole new level of secrets with him.