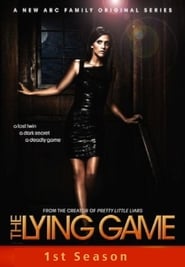 The first season of The Lying Game, based on the books of the same name by Sara Shepard, premiered on August 15, 2011, and concluded on March 5, 2012 on ABC Family. It follows long-lost twins Emma and Sutton. Separated under mysterious circumstances, Sutton was adopted by the wealthy Mercer family in Phoenix, while Emma grew up in the foster system. When the twins reunite as teenagers, they keep it a secret. While Sutton goes in search of the truth, Emma takes over her life and discovers more secrets and lies than she could have imagined.