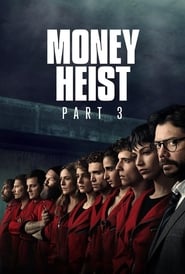 Money Heists second series began with the police seemingly on the tails of El Profesor (played by �lvaro Morte).The ending of season one led fans to believe the plan was moments away but quickly in the second series it�s established El Profesor had other ideas.El Profesor had managed to sneak into Toledo House before the cops and plant a number of red herrings, giving him and his crew much more time to pull off the robbery of a lifetime.However, with the cops seemingly dumbstruck by El Profesor�s tactics, one of his own crew members began providing problems.Tokyo (�rsula Corber�) began questioning the gang�s operation, resulting in Berlin (Pedro Alonso) banishing her from the Mint.Police pounced and Tokyo was arrested while the rest of the crew remained inside.