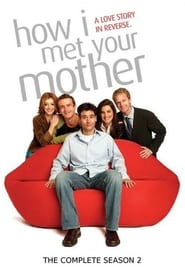 In the sitcom’s second series, Ted (Josh Radnor) and Robin (Cobie Smulders) become a couple after finally getting together at the end of Series 1. Meanwhile, a heartbroken Marshall (Jason Segel) struggles to move on after his breakup with Lily (Alyson Hannigan), who ended their engagement in order to pursue an art fellowship in San Francisco. In other events, new information about Robin’s past comes to light, and Barney (Neil Patrick Harris) engages in a “slap bet”—a wager in which the winner gets to slap the loser in the face as hard as possible—with Marshall.