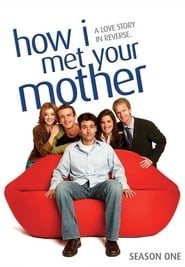 In the year 2030, a man named Ted Mosby (voiced by Bob Saget) sits his kids down to tell them the story of how he met their mother. The timeline flashes back to 2005, where a 27-year-old Ted (Josh Radnor), inspired by the engagement of his friends Marshall Eriksen (Jason Segel) and Lily Aldrin (Alyson Hannigan) decides he’s also ready to settle down. Despite protestations from his friend Barney Stinson (Neil Patrick Harris), a perpetually single womanizer, Ted decides to pursue a woman he meets in a bar one night, a local TV reporter named Robin Scherbatsky (Cobie Smulders); however, things don’t quite go as smoothly as he’d planned.